A poker hand consists of five cards. The categories of hand, from highest to lowest, are listed below. Any hand in a higher category beats any hand in a lower category (so for example any three of a kind beats any two pairs). Between hands in the same category the rank of the individual cards decides which is better, as described in more detail below.

In games where a player has more than five cards and selects five to form a poker hand, the remaining cards do not play any part in the ranking. Poker ranks are always based on five cards only.

This is the highest poker hand. It consists of ace, king, queen, jack, ten, all in the same suit. If there are 2 royal flushes in the running for High hand, then the ranking order from highest to lowest is Spades, Hearts, Diamonds and Clubs.

Five cards of the same suit in sequence – such as CJ-C10-C9-C8-C7. Between two straight flushes, the one containing the higher top card is higher. An ace can be counted as low, so H5-H4-H3-H2-HA is a straight flush, but its top card is the five, not the ace, so it is the lowest type of straight flush. The cards cannot “turn the corner”:D4-D3-D2-DA-DK is not valid.

Four cards of the same rank – such as four queens. The fifth card can be anything. This combination is sometimes known as “quads”, and in some parts of Europe it is called a “poker”, though this term for it is unknown in English. Between two fours of a kind, the one with the higher set of four cards is higher – so 3-3-3-3-A is beaten by 4-4-4-4-2. In Texas Hold’em, if the board shows “quads”, then the player with the higher fifth card is the winner.

This consists of three cards of one rank and two cards of another rank – for example three sevens and two tens (colloquially known as “sevens full” or more specifically “sevens on tens”). When comparing full houses, the rank of the three cards determines which is higher. For example 9-9-9-4-4 beats 8-8-8-A-A. If the threes of a kind were equal, the rank of the pairs would decide.

Three cards of the same rank plus two other cards. This combination is also known as Triplets or Trips. When comparing two threes of a kind the hand in which the three equal cards are of higher rank is better. So for example 5-5-5-3-2 beats 4-4-4-K-Q. If you have to compare two threes of a kind where the sets of three are of equal rank, then the higher of the two remaining cards in each hand are compared, and if those are equal, the lower odd card is compared.

A pair is two cards of equal rank. In a hand with two pairs, the two pairs are of different ranks (otherwise you would have four of a kind), and there is an odd card to make the hand up to five cards. When comparing hands with two pairs, the hand with the highest pair wins, irrespective of the rank of the other cards – so J-J-2-2-4 beats 10-10-9-9-8 because the jacks beat the tens. If the higher pairs are equal, the lower pairs are compared, so that for example 8-8-6-6-3 beats 8-8-5-5-K. Finally, if both pairs are the same, the odd cards are compared, so Q-Q-5-5-8 beats Q-Q-5-5-4.

A hand with two cards of equal rank and three other cards which do not match these or each other. When comparing two such hands, the hand with the higher pair is better – so for example 6-6-4-3-2 beats 5-5-A-K-Q. If the pairs are equal, compare the highest ranking odd cards from each hand; if these are equal compare the second highest odd card, and if these are equal too compare the lowest odd cards. So J-J-A-9-3 beats J-J-A-8-7 because the 9 beats the 8. 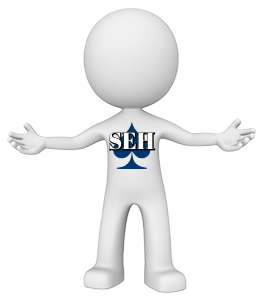